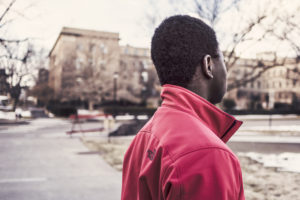 Students at Auburn University in Alabama are not happy with the University’s policy of restricting free speech on campus. Last week, a group of students who belong to Young Americans for Liberty received citations and were forced to leave their on campus protest of Auburn’s requirements for free speech (Fricke).

Under Auburn’s Speech and Demonstration Policy, the university asserts that, “In order to maintain safety, security, ensure the orderly scheduling of campus facilities and to preclude conflicts with academic and co-curricular activities, Auburn University reserves the reasonable right to limit such activities with regard to time, place, and manner” (Auburn Division of Student Affairs).

More specifically, Auburn’s policy identifies only one location on campus where students may freely express themselves. However, if students wish to protest or demonstrate at any other location on campus they must first obtain a permit from the university within 48 hours of the planned event.

But can the university do that? It depends.

In Tinker v. Des Moines Independent School District (1969), the Supreme Court held that students do not “shed their constitutional rights to freedom of speech and expression at the schoolhouse gate” (First Amend. Center).

However, schools and universities alike may place restrictions on student’s speech if they do not fall outside the bounds of what is constitutional. According to the First Amendment Center, “school officials may prohibit speech that substantially disrupts the school environment or that invades the rights of others”.

The United States Supreme Court has held that restrictions to speech based on time, place and manner are constitutional if the restrictions (First Amend. Center):

As explanation for restrictions listed in the Speech and Demonstration Policy, Auburn states that the university “reserves the right to avoid unreasonable conflict with the normal functions and requirements of the University, and to assure that the flow of vehicular and pedestrian traffic is not impeded”.

Based on the guidelines for the restriction of free speech as set forth by the United States Supreme Court, it appears as though Auburn University’s Speech and Demonstration Policy may be constitutional.