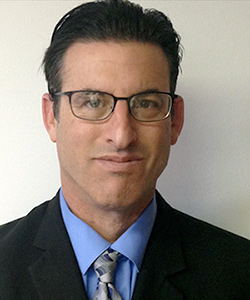 Attorney Todd L. Levitt has practiced in the area of criminal defense for more than two decades. Todd began his career where he was born and raised working in Metro-Detroit from 1994-2006 before relocating his firm to Mount Pleasant, Michigan. During his time in Detroit, Todd launched a legal newspaper, The Legal Advocator, which appeared in both the district and circuit courts throughout the State of Michigan.  Also, during this time period he appeared weekly on 97.1 The Ticket, broadcasting a weekly radio show, The Todd L. Levitt Law Show. During the 1990’s and early part of the next decade Todd produced a weekly cable show that appeared on Time Warner Cable stations. After relocating to Central Michigan in 2006, the radio show was picked up by 98.5 FM WUPS  “The Todd L. Levitt Law Show, broadcasting Sunday mornings from 8-9AM, 98.5 WUPS, Houghton Lake, Rock 105/95.5 Traverse City, Petoskey Cheboygan. Additionally, the show is available by podcast on Podbean, Sound-Cloud, Radio FM, Google Play and iTunes.