How can I be arrested for a DUI when the officer did not witness me driving? Central Michigan Lawyer, TODD LEVITT, Student Lawyer, July 24th 2012, News, Adam C. Finn 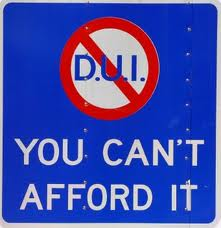 When dealing with DUI crimes, a question that many people have is, “How can I be arrested for a DUI when the officer did not witness me driving?” Twelve years ago, an officer would not have been able to make this arrest so easily, but since the “misdemeanor arrest” statute was amended Auguust 21. 2000, an officer may now arrest an individual if the officer has reasonable cause without a warrant. This amendment comes up frequently when dealing with DUI related incidents. Circumstantial evidence, courts have held, of an individual driving their car while intoxicated may be cause for an arrest even if the arresting officer did not see the individual actually driving.

An example of circumstantial evidence of operation might be a situation where an officer arrives on the scene of an accident and observes several cars, not involved in the accident, pulled over in an apparent effort to provide assistance. If the officer, by questioning the witnesses, gathers enough circumstantial evidence to establish probable cause, he or she could arrest a person for an OWI misdemeanor. Circumstantial evidence may be collected during questioning through questions such as, “How long has it been since you drove?” “Have you had anything to drink tonight?”, or through examination of the scene, such as a hot engine or keys still in the ignition. A case involiving a Michigan resident, People v Schinella (1987), the defendant was found off of the road in a ditch early in the morning. While the officer did not see Mr. Schinella driving, he was still able to arrest him due to the probable cause in which he had gathered at the scene.

There is no appropriate time to drink and drive.